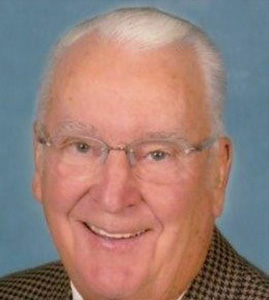 Founder of The Landmark Group Inc.

If you can’t join ‘em, beat ‘em. After a decade of working for Feed-Rite Mills at the start of his career, Bruce Campbell went into his manager’s office and asked about acquiring an equity position in the agri-business company. He was turned down.

Undeterred, he resigned his position shortly after and struck out on his own with the Landmark Group, a move his manager would live to regret. “We became competitors. We became two or three times bigger than Feed-Rite was. That’s one of life’s great lessons. We were able to make things happen and we had a lot of fun,” he says. Indeed, Campbell spearheaded Landmark’s growth into one of Western Canada’s largest agri-business companies. There was no magic to selling feed to livestock producers of poultry, hogs and dairy. “We were just quicker and faster on our feet. We made a special point of hiring outstanding employees. Our competition was national companies like Maple Leaf Foods, Swift Canadian and Masterfeeds. We were able to outmanoeuvre the big companies because we were quicker and smarter. We were the dominant feed company in Manitoba,” he says.

In addition to its original plant in Landmark, located about a half-hour outside of Winnipeg, the company operated mills in Rosenort, Otterburne and Winnipeg before expanding to Alberta with three more. When Campbell first started, Landmark’s one plant was producing 15,000 tonnes of feed annually. When he sold the company to Maple Leaf in 1998, the combined output of all of its locations was two billions tonnes of feed per year.

“That’s pretty good growth,” he says with a smile. Campbell was also a major contributor to the University of Manitoba’s Bruce D. Campbell Farm and Food Discovery Centre in Glenlea, just south of Winnipeg. “I’m in good standing at the Faculty of Agriculture,” he says. Campbell says he is very honoured to be voted in to the Manitoba Business Hall of Fame with such a distinguished group. He is also making a bit of a habit of attending award ceremonies. Last month, he was presented with the Order of Canada in Ottawa.

“I was an entrepreneur by nature. I was very fortunate. I grew up on the farm in the Brandon area, went to school at the University of Manitoba for agriculture and had some good work experience with Feed-Rite Mills in Winnipeg, he says. “I’m extremely humbled to get both of these awards. I’m having a rush, a major rush.”