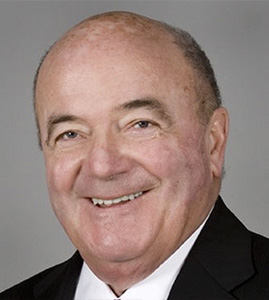 Duncan Jessiman describing himself as “just a trucker from Winnipeg” is kind of like Wayne Gretzky referring to himself as “just a hockey player from Brampton.” Sure, such a descriptor might have been appropriate 45 years ago when Bison Trucking was in its infancy, but today the Winnipeg-based company has become a leading player in Canada and a true international competitor.

Starting out with a fleet of four trucks and six employees back in 1969, Jessiman was confident in his abilities to grow the company after hearing about the cartage business around the dinner table from his father, Peter. A couple of decades later, Bison serviced Manitoba and the north-central U.S. with 18 trucks and 32 employees, a size that would have been satisfactory to most entrepreneurs. Duncan Jessiman, however, was not – and is not – most entrepreneurs.

He seized the opportunity when the trucking industry was deregulated in the late 1980s and Free Trade and NAFTA kicked into to high gear, opening the door for an unprecedented amount of cross-border traffic. In fact, from 1990 to 2010, Bison enjoyed a compounded annual growth rate of 22 per cent. To be clear, that’s an average of 22 per cent growth EVERY YEAR FOR 20 YEARS. Along the way, it signed up a little customer out of Bentonville, Arkansas. Perhaps you’ve heard of Walmart?

The company now operates in all 10 provinces and 48 states with 1,600 trucks, 4,500 trailers and 2,500 employees. Last year, its annual sales exceeded $500 million for the first time. By comparison, back in 1969, its total revenue was about $650,000. But size isn’t everything in the trucking business. Earlier this year, Bison was named one of the 20 best North American trucking companies for which to drive because it provided some of the best workplace experiences for its drivers. A decade earlier, it launched its own driving simulator, called Tatonka, which enables drivers to experience all kinds of weather conditions – sleet, driving rain, mountains – and even crash without leaving the confines of their head office. This sort of investment continues to differentiate Bison from its competitors during a time when drivers are in demand like never before.

Jessiman says he is honoured to be inducted into the Manitoba Business Hall of Fame and he’s especially proud that Bison achieved its success in Winnipeg. He has lost track over the years of the number of times he was asked why he didn’t run his business from a larger centre. “Winnipeg is an ideal place to be located. We’ve always loved being Winnipeggers, we’re Winnipeggers through and through and we don’t want to be anywhere else,” he says. “It’s a good environment to own, manage and run a business. There are a lot of good people available in Winnipeg. You can’t do it on your own. It takes a lot of teamwork.”