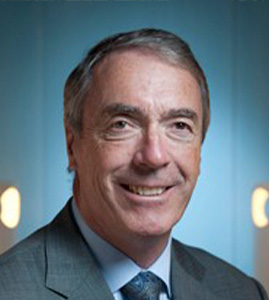 If Gerry Price had continued down his chosen path as a young man, he may have ended up as a meteorologist. Over to Gerry with tonight’s weather. Can we finally break out the sunscreen or should we buy shares in an umbrella manufacturer?

As a student he was always good at science and math and intended to focus on those disciplines but then he “fell into” engineering. Once immersed in that discipline, he didn’t do traditional “nuts and bolts” work but instead focused on mathematics and complex equation systems. “I predicted weather patterns. I started from a base state and used the model to predict a future state,” he said.

At another point, he modelled how antennas on warships would respond to blast waves during the Cold War. In fact, there was precious little to indicate that a business career was in his future. While working for the Defense Research Board, he was recruited to join E.H. Price Limited (now Price Industries Limited) to oversee its contracting division in the summer of 1976.“I had never taken a business course or done anything in business in my life. I was almost anti-business on a scientific path,” he said. “I didn’t work my way up the ladder, they just kept giving me (more) responsibilities.”

In 1985, he was sent to Singapore with instructions to turn around a losing division and, after succeeding in just a year, returned to Winnipeg and was appointed president of the company.Now more than four decades later, he’s being inducted into the Manitoba Business Hall of Fame. “I’ve always taken a path different than most people,” he said.

The company has grown significantly with Price at the helm to become one of the leading North American manufacturers of air-distribution, critical controls and noise-control products. Sales have grown from $31 million to $600 million and its employees have grown from 300 to nearly 3,000 at six plants in Canada and another seven in the U.S. Like many other entrepreneurs in Winnipeg, Price was never short of friendly recommendations to move his business to another city or country. He might have followed their advice if he was only interested in pursuing the almighty dollar. “This is my home. The company would be more profitable if it was headquartered in a location with better fundamentals for manufacturing products for North American consumption but it’s not all about money. You do what’s right for your community,” he said.

Indeed, he is a volunteer director on the board of the Winnipeg Jets True North Foundation and about 50 E.H. Price employees help out with the True North Hockey Academy. He and his wife, Barb, fund about 50 scholarships each year, too. While Winnipeg isn’t the most cost-effective location to mass market commodity production, Price believes it’s the perfect spot for many other reasons. “We have fantastic raw materials (in the form of talented technologists) from the universities and Red River College,” he said.