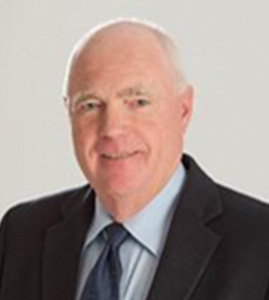 Gord Peters is a big believer in eating your own cooking. That’s why the president and CEO of Cando Rail Services Ltd. introduced an employee-ownership package in 1996. “I always felt if you worked in a firm that you should own a piece of it. It has been a huge success for us. We invest in ourselves,” he says, noting a majority of the company’s 450 employees have taken advantage of the program.

Peters likes telling the story about a group of employees who were asked who owned the company while at a worksite last year. “We do,” came the reply. “If they own a part of the company, they look after it. People have their own little business that they run and they own part of it,” he says.

Peters co-founded Cando Contracting Ltd. with Rick Hammond in 1978 as a small rail line dismantling and salvage company. (The name was changed three years ago to eliminate any confusion about what the company did. “We would get calls asking if we could build somebody a house,” Peters says with a laugh.) It started with about a dozen employees at a time when rail abandonment was just beginning in Western Canada. Its first big job was a $750,000 contract to tear up chunks of track that had been laid down during the horse-and-buggy era. Thousands of kilometres of track came out from B.C. to Manitoba along with more than 1,000 grain elevators. Today, there are less than 150 elevators but they handle more grain than the 1,400 ever did.

“There used to be an elevator every five miles and farmers delivered (their crops) by horse and buggy. Then people started hauling their grain a lot further and the railways had too much track. We timed it just right. It was a changing era. As entrepreneurs, we spotted the opportunity. The transportation industry was going to change. We worked in rail line abandonment for the next 30 years,” he says. In the old days, Canadian National and Canadian Pacific would build railway track right to a company’s loading docks. By the 1970s, they started eliminating smaller regional lines so they could focus on east-west traffic across the country. Enter Cando, which carved out its niche building and maintaining track and using its own locomotives to help run “the first and last mile” of a company’s delivery system.

Peters is proud to have based the company out of Brandon and he and his wife, Diane, showed their appreciation in 2009 with a gift of $1 million worth of Cando shares to the Brandon and Area Foundation. It was the first time the foundation has received a donation of private sector shares. “We give out 1.0 to 1.5 per cent of our pre-tax profits every year. A big part of a successful business is giving back to the community. That means coaching the baseball and hockey teams and all the other things that make a career worthwhile,” he says.