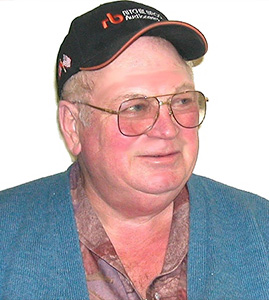 Who knew when Hugh Munro read “The Tortoise and The Hare” as a child that it would one day become his business mantra?

Starting out with a single Caterpillar machine when he got into the construction business in 1959, it took him just a couple of decades until he became an overnight success. He started out clearing bush and “any kind of dirt work” while working for the provincial water services board and the highways branch.

Hugh Munro Construction grew slowly but surely until 1979 when he decided to incorporate. Not long after that, he diversified operations into some promising new areas, including a crushing operation, base laying and common excavation. Today, the company is a mid-sized heavy civil contractor in Manitoba, Saskatchewan, Alberta and northwestern Ontario with more than 350 employees during the busy construction season from May to November. Munro was also known as one of Manitoba’s best evaluators of equipment and the company became active in buying, selling, renting and repairing heavy equipment and vehicles.

Unfortunately, he was not able to oversee the company’s most recent growth as he died unexpectedly in 2008 at the age of 71. His daughter, Colleen, succeeded him at the company’s helm, a fitting move since both she and the firm were born the same year. She says her dad’s success was the direct result of the way he treated everybody who worked with him, including employees and sub-trades.

“He was always a man of fairness. He showed everybody respect. When I was a young girl, he taught me the value of respecting others. You need your team,” she says. She admits that she felt some pressure when she stepped into her father’s role but she knew she had a duty to move the company forward and forge her own path.

“A lot of people said, ‘those are pretty big shoes to fill,’ but I was taught our people built our company. A lot of families make their living off what we do. When you’ve been successful, you have to be able to change to continue with success,” she says. Colleen Munro says her family is honoured that her dad is being inducted into the Manitoba Business Hall of Fame and believes the way he conducted himself over his career can be a lesson on leadership to others.

“He really lived it. He was in the field running machines,” she says.