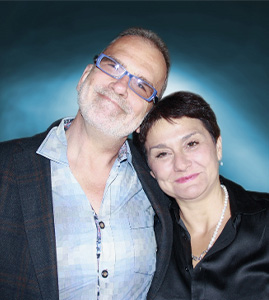 Stop me if you’ve heard this one before – two economists walk into a restaurant and end up taking over an iconic hotel on the verge of financial disaster….

There’s a punch line in there somewhere but when Ida Albo and Rick Bel took over the Fort Garry Hotel in the early 1990s, it was no laughing matter. The former CN hotel was in disrepair, occupancy was among the lowest in the city and the former owners wanted nothing to do with the place. Bel and Albo, both economists, were already running the Prairie Oyster Cafe at The Forks and had recently taken over the food and beverage operation at the Fort Garry when they were asked by the Quebec-based owners if they’d like to take things up a notch and buy the hotel.

While the task before them might have seemed daunting, Bel wasn’t intimidated. “The hardest part of running a restaurant is running a restaurant. So, you add a few rooms. It’s not rocket science,” he said. Indeed, but you didn’t need to be an accountant to know there was a mountain of work to do when taking a cursory look at the financials. The hydro bill was $57,000 and the room revenue was $54,000.

“At the time, the owners wouldn’t have gotten the face value of the mortgage (in a sale),” Albo said. “It was like buying furniture – no interest, no payments, no money down. We said ‘yes’ right away, despite our lawyer’s advice.” Luckily, the members of the Quebec-based company who stayed on as partners were very patient and Albo and Bel were able to use cash flow to address a lot of the operational challenges. You know, like not having people stuck in elevators. They also converted the heating system to a gas boiler and overhauled the plumbing system.

In a value-conscious town, the first thing they did was build a marketing campaign around lower room rates of $59, including breakfast. “People started staying. Then we raised it to $69 a night, and then $79. We ran it like a bed and breakfast,” Albo said.

Slowly but surely, the hotel started to turn the corner. There wasn’t one glaring thing that needed to be changed, but there were a million little ones. Albo describes the situation as “Fawlty Towers-like.” All that was missing was a waiter from Barcelona.

“The elevators often didn’t work and we’d have to make up excuses. It wasn’t really run down but there were a lot of broken things in the hotel and maybe some broken people,” she said.

The Fort Garry has more than doubled its occupancy from the dark days to the 60 to 70 per cent range, right in line with city averages. Some nights, every single one of its 240 rooms are booked up. Albo and Bel eventually sold Prairie Oyster Cafe because they were spending so much time at the hotel but as they became more experienced hoteliers, they branched out once again. After the Crystal Casino moved out of the 7th floor in 1999, they opened Ten Spa three floors above, which soon became one of the top destination spas in Canada. The 7th floor was then returned to its original purpose and glory and Albo believes it would stand up well against any of the best ballrooms in the world.

Eight years ago they took out a long-term lease for the ball room at the adjoining Fort Garry Place, which expanded capacity for weddings and other functions from 300 to 600 people. Then a year later, they opened Yoga Public, a 20,000-square-foot studio on Fort Street. Once they signed on, Bel never believed that he and Albo were going to fail.

“The time to think that is before you start. Once you’re in it, you’re in it and you better be in it 100 per cent,” he said.