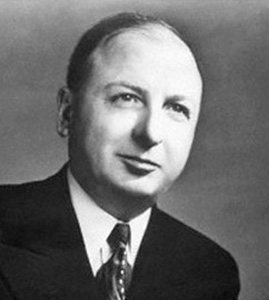 Born in Russia, Samuel was one of eight children of Mindel and Yechiel Bronfman. He and his parents migrated to Wapella, Saskatchewan. They soon moved to Brandon, Manitoba. A wealthy family, soon Yechiel learned that tobacco farming was incompatible with the cold Canadian climate of that region. Yechiel was forced to work as a laborer for the Canadian Northern Railway, and after a short time moved to a better job in a sawmill. Yechiel and his sons then started making a good living selling firewood and began a trade in frozen whitefish to earn a winter income.

In 1903, the family bought a hotel business, and young Samuel, noting that much of the profit was in alcoholic beverages, set up shop as a liquor distributor. He founded the Distillers Corporation in Montreal in 1924, specializing in cheap whiskey, and concurrently taking advantage of the U.S. prohibition on alcoholic beverages. The Bronfmans found great success bootlegging to the northern cities of the U.S. during the Prohibition era, while operating from the perimeters of Montreal, Quebec where alcohol production was legal.

Bronfman’s Distillers Corporation acquired Joseph E. Seagram & Sons of Waterloo, Ontario, from the heirs of Joseph Seagram in 1928, renaming it Seagram Co. Ltd. Bronfman eventually built an empire based on the appeal of brand names developed previously by Seagram—including Calvert, Dewars, and Seven Crown—to higher-level consumers. His sales were boosted during the United States’ abortive experiment with prohibition, and he was apparently able to do so while staying within the confines of both Canadian laws, while dealing with unsavory characters such as the Chicago outfit of gangster Al Capone.

Because of changes to US tax law in the Lyndon Johnson administration, it became advantageous for Bronfman to purchase Texas Pacific Coal and Oil Company in 1963 for $50 million. In 1980, the Bronfman heirs sold the Texas Pacific Oil holdings to Sun Oil Co. for $2.3 billion.

The Seagram assets have since been acquired by other companies, notably The Coca-Cola Company, Diageo, and Pernod Ricard.

Bronfman married Saidye Rosner in 1922 and they had four children, Aileen, Phyllis, Edgar and Charles. He established the Samuel and Sadie Bronfman Family Foundation and was a major supporter of McGill University. He was made a companion of the Order of Canada in 1967.